Technological aspects of our lives have made face-to-face conversation kind of underrated. We prefer texting, talking over the phone to developing connections, and creating something intimate. That’s why sometimes we can see people being confident in digital modes of communication but extremely shy, tense, and antsy in the face to face interaction. If we want to know someone, we can just do some stalking over the internet and we think we know that person in and out. These wrong assumptions in building intimacy are fueled even more by movies and TV shows nowadays that make people believe in some fairytale nonsense that does not relate to real life. On the other hand, Before Trilogy goes the opposite route and showcases how something as simple as holding up a conversation, regardless of the topic, can create real intimacy.

Before Trilogy is comprised of 3 movies, made in 9-year intervals, both in real life and within the movie, and was directed by Richard Linklater. All 3 movie centers around Jesse played by Ethan Hawke and Celine played by Julie Delpy. They are Before Sunrise (1995), Before Sunset (2004), and Before Midnight (2013), each having different outlooks on the concept of love and connection.

Before Sunrise introduces us with our titular characters traveling on a train and Jesse convincing Celine to get off with him in Vienna and spend the day venturing around before he has to leave the next morning. What ensues is a day that is filled with two characters in their early twenties talking about love, life and sometimes completely pointless thing. But, you can see from their conversation that there is a connection that is building from within through just talking and sharing ideas amongst their selves and opening up. In all of the movies in the trilogy, the conversation is always at the forefront and dialogue is at the center where the plot is sitting in the background. Moreover, the use of silence to convey emotions is done spectacularly in the trilogy. And some of these resounding dialogues are because of the result of Richard Linklater hiring a woman Co-writer, as well as letting the actors input the dialogues that they deemed necessary. That is what made their acting more natural and filled with life. The plot of that movie was just not caring about the consequences, not thinking too deep and just hopelessly falling in love with each other, knowing that it’ll end in a matter of moments. 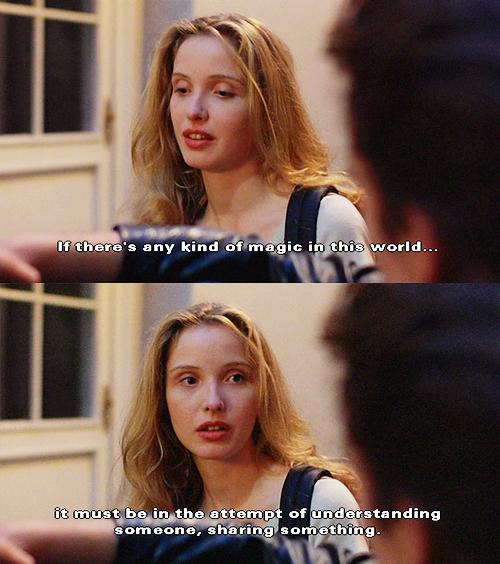 For the sake of not spoiling the next movies, I’ll just generally touch upon the ideas that Richard Linklater wanted to bestow through these movies. He wanted to showcase the evolution of love over a lifetime. As the years go by, love gets more complicated. Relationships evolve, they change as we change. The movies want to showcase a thought-provoking look on romance and how conversations, ideals, and codependency change as we grow older, get more mature, and dumbed down by the ever-growing pressure of life. How we create mental facades of our self and tell them to the general public to seem level-headed. However, when you feel a real connection towards someone through just talking, facades slowly start to crumble and your souls become bare. Celine’s speech on the magic between 2 people struck a chord – the answer is in the attempt to reach this strange transcendent ideal of what love should, but never what you expect love to be. That is when you start to realize the complications of love and complications that we all have within ourselves. And through these conversations, how we can form an intimate connection with someone who’s not splitting an image of ourselves or have similar problems as us, but both trying to accept each other’s flaws and connecting on an emotional level. 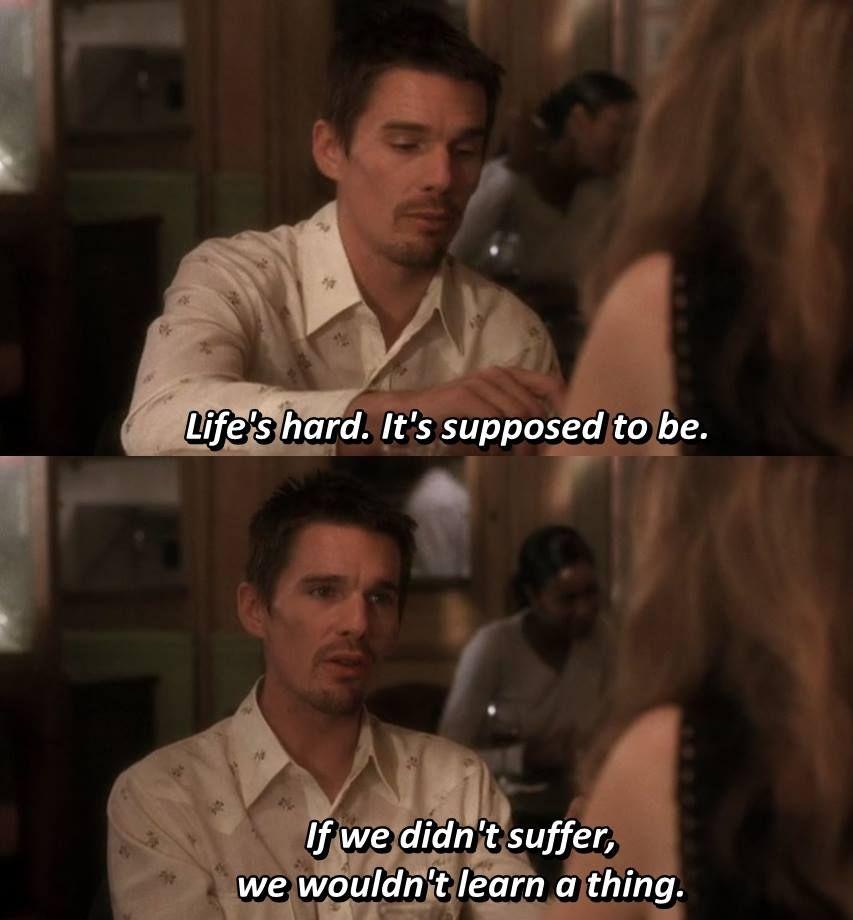 It also dives deeply into the fact of marriage life. Love means something different to everyone as they progress through life. Especially when you’re married, conflicting interests, responsibility, sacrifices often create disruptions that cannot be avoided. Sometimes a lot of anger, resentment comes out as a result of these conflicts. Nevertheless, the trilogy tried to showcase how trying to find out the causes and deconstructing these anger or resentment issues can lead to deeper intimacy as you get to know more about a person from within. It tries to showcase this realistic version of the developments of love and again showcases how conversation & communications within one another are the only way to maintain it as we progress through life. 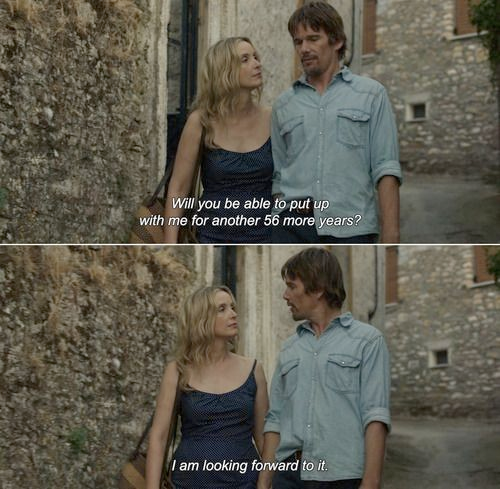 Ethan Hawke best describes the trilogy as 3 parts of love. What might be, what could/should be and what is. Before Trilogy is one of the greatest movie trilogies of all time and takes a realistic look at the concept of love and connection. It is very relatable to everyone who has ever found a connection and after letting it go you realize, you’ve taken it for granted, even after doing everything that you could, sometimes it wasn’t just meant to be as our hearts were too young, too naive, filled with the hope of a future that we have all the time in the world to recapture it. Ditch the “crimes against realistic human emotions” that Netflix makes and just watch the Before Trilogy cleanse your system.

Black Reunion – A Moment to Cherish